python-mode comes with a really nice python shell interpreter which you can send code snippets to using M-x python-shell-send-region. However, when working in a django project it would be even more useful to have this run in a django shell.

You can easily change the interpreter that the python shell interpreter uses in Emacs by adding the following snippet to your .emacs file:

Now when you invoke any of the python shell commands, it will open using the django shell. (In this case, I am using shell_plus from the django_extensions utility, you can also replace this with shell if you don’t have that installed) 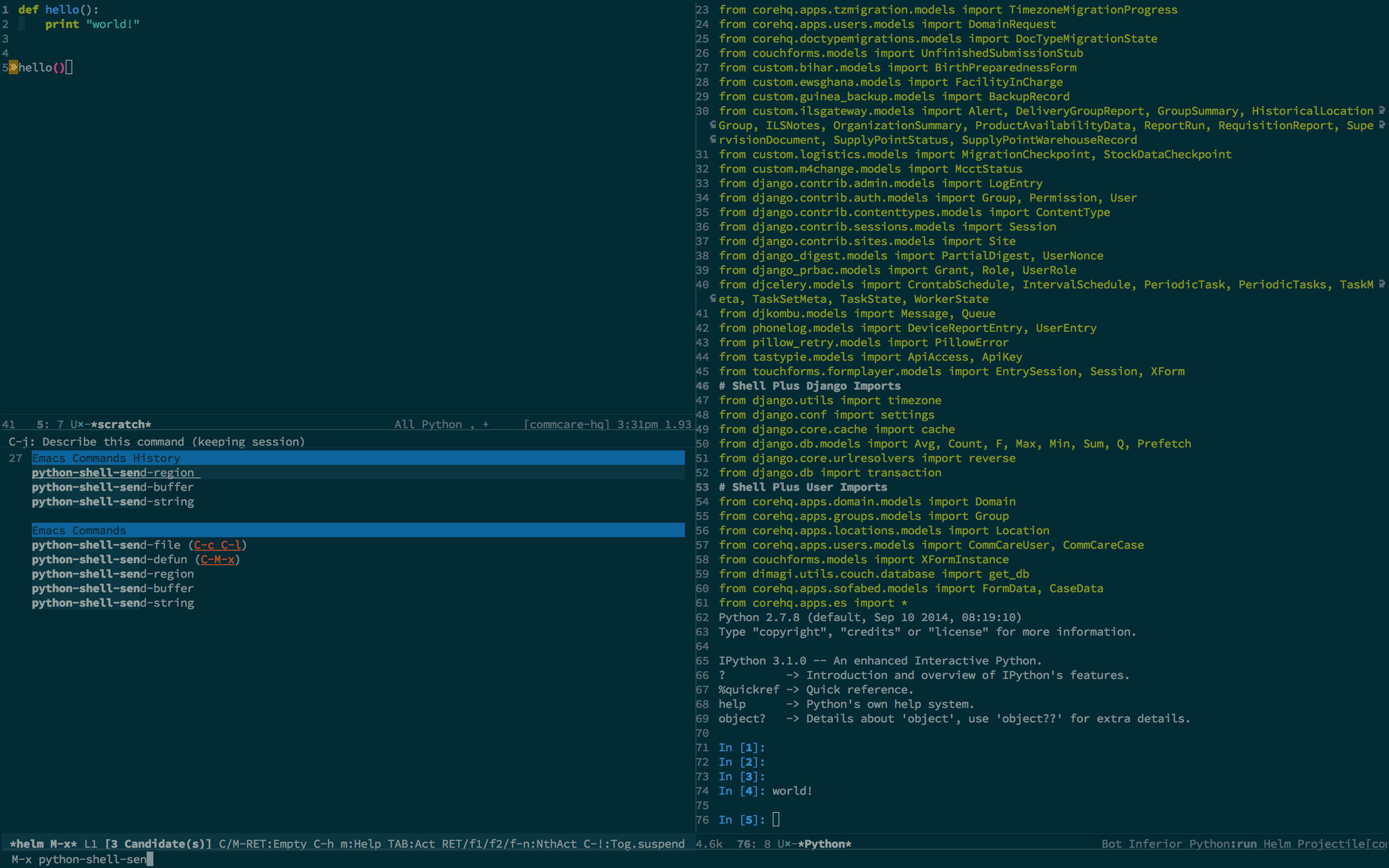